It is not known exactly when this tradition began. According to various comments and studies, it could date from more than 400 years ago (around 1569), the time when the construction of the Church took place. During that time the sailors who accompanied D. Alvaro Menéndez in the Conquest of Florida had returned, embarked on a ship built in Cudillero, “The Holy Spirit”. During that trip they learned the salute to the Admiral and wanted to do the same with their Patron Saint.

We can say that L’Amuravela, whose origins, as we have seen, are lost in the history of Cudillero, is a chronicle in verse of the events of the pixueta town and of the world, full of grace and irony. 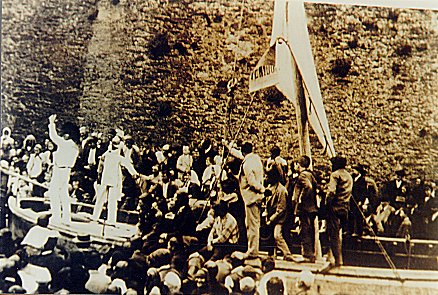 One of the descriptions made, in 1864, indicates that: “On Saint Peter’s Day, the sailors take a boat out of the pier, placing it almost outside it. Then they bunting it, adorning it with flags and ribbons of all colors. Tomorrow the people gather around the vessel, whose sails are dimmed. A music band, followed by the classic drum and bagpipes, announce that the procession is advancing towards La Ribera. Indeed, the images of San Pedro, San Francisco and the Virgin of the Rosary, led on the shoulders of the respectable chiefs of the town’s sailors. In front of San Pedro, a strange guy who dances in an out-of-step manner draws attention. His costume is usually a set of military garments, which They would make the most misanthropic laugh. He usually wears a tall morion, reminiscent of the old realists; a bottle-green coat with long skirts, with crimson turns; yellow worsted epaulettes; white linen pants and a large band of colored silk, striped, and hanging from a leather baldric, a tremendous saber. This character is the protagonist of the show and the one who spends all the money for it in the morning. When the procession reaches the point where the boat is, it places Saint Peter in the stern, the only one to enjoy this privilege, since the others keep a respectable distance from the boat.

Then the captain enters the boat. Once in it, he unsheaths his sword, speaks most gracefully with the image of the apostle and as soon as he finishes he turns around giving a quick somersault on the crew, to whom he commands the maneuver with a comical voice. Rockets thunder through the air; a thousand firecrackers placed on the sides of the boat explode with a crash; the giants that rise to the sides begin to turn and unravel, throwing wheelbarrows around them; and in the middle of the smoke that rises, the sailors can be seen climbing on the poles of the boat, turning and spreading the sails…, finally the patrons lead San Pedro towards the Church and begin to dance the image”. 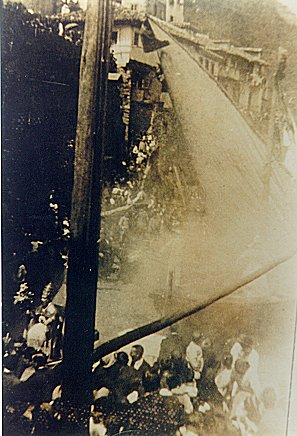 L’Amuravela was suspended several times due to the opposition of the parish priests, which gave rise to different songs and dances in defense of it. One of the first problems that arose occurred in the mid-nineteenth century, when on the return of the procession, the sailors wanted the Saint to continue his journey towards the Ribera and the priest, with some parishioners, wanted him to return to the Church. In the end, the tradition was maintained and once the act was over, the sailors sang:

If the priest doesn’t want to,
let Philip deliver the sermon,
let him resign from this town,
and that the Patron leaves us.

If there is no fish or bread,
by sword you go to the ground,
I take the keys to heaven,
and I give them to Saint John

It was then that the best-known couplet of L’Amuravela emerged and has survived throughout all these recent years:

As long as Cudillero lives,
and the fountain of Cantu lasts,
Saint Peter goes to the Ribera,
with all the other Saints.

Since then, although the procession carrying the Saint to the Ribera was still celebrated, there was no Amuravela. During the year 1913 an attempt was made to replace it but it was not so. 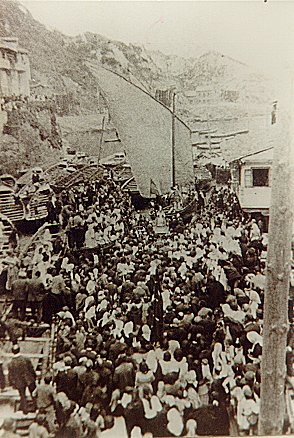 In 1946 this great tradition was recovered: the Mayor of Cudillero D. Luis Antolín and D. Luis Tejerina reached an agreement with the then priest, D. Juan Méndez, so that L’Amuravela would be recited without the presence of Saint Peter.

One of the people who has done the most to maintain this tradition has been Elvira Bravo, author of the Sermon from 1947 until her death in 1986.

Another of the outstanding people in the work of recovery and maintenance of L’Amuravela has been Juan Luis Alvarez Bravo “Totó” (son of Elvira Bravo), a reciter for 32 years. In 1983, “Totó” made the decision to leave L’Amuravela. Various events forced him to continue until 1984, but he was already looking for a substitute.

The following year, 1985, Cesáreo Marqués Valle took over and since then he has been the current reciter of L’Amuravela. Since 1995, he is also its author. Thanks to his love for Cudillero, this ancestral tradition has not been lost and his spirit is to maintain it and promote it as much as it deserves. 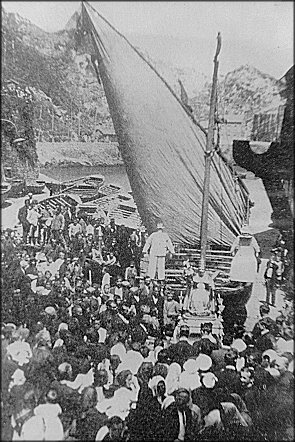 June 29, 2005, becomes a historical date, a tradition is recovered, for more than a century longed for by all the Pixuetos and especially, in recent years, by its current author and reciter, Cesáreo Marqués: the presence of San Pedro.

Recalling a bit of history, we find an article in the newspaper El Comercio (Gijón), dated July 3, 1884, which explains that on June 29, 1884, the reciter of L’Amuravela, “Xuan de la Cuca”, through some verses of the Sermon, triggers a confrontation with the Clergy of that time, who sees in all this an irreverent behavior towards the image of San Pedro, present at the act, in the Ribera, as had traditionally been happening all years.

That date marked an excessively long time without Saint Peter, because the following year (1885), the image, and until this year 2005, has not been present in the Sermon.

The previous meetings, in which the Celebration Commission, Cesáreo Marqués, the Parish Community and the parish priest D. José Pérez Barcia participated, bore fruit with a historic agreement for Cudillero, because if the absence is history, now it is the presence of San Pedro , with all the other Saints on the Riverbank, to listen to the Sermon. 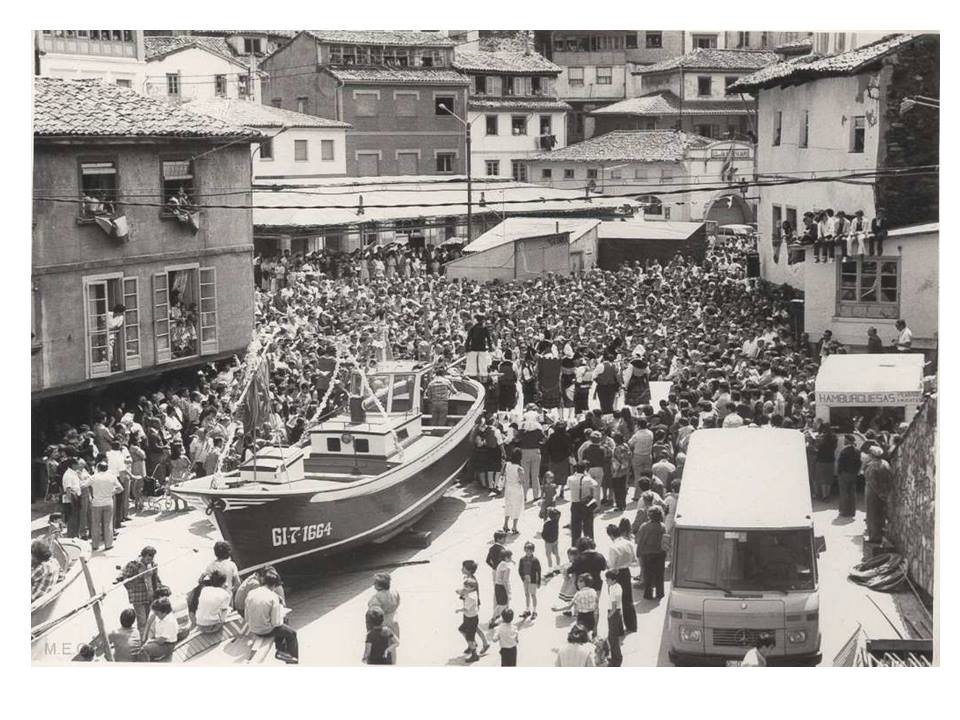 In 1976, this festival was declared of TOURIST INTEREST.

In the year 2020 and due to the coronavirus pandemic, l’Amuravela left its natural setting of the Ribera, to be held exceptionally, inside the Parish Church, an unorthodox solution, but the only one, so that Cudillero and Saint Peter will not be left without listening to his traditional sermon.